Mark Williams the Principal Scientific Audiologist at The Tinnitus Clinic presented the results from a 66 patient study at the British Academy of Audiology Conference in Bournemouth. The study has been accepted for publication in the peer reviewed journal Frontiers in Neurology, the paper is called:

The majority of patients taking part in this study had already undergone unsuccessful structured tinnitus therapy elsewhere. 50% of the patients had severe or catastrophic levels of tinnitus. 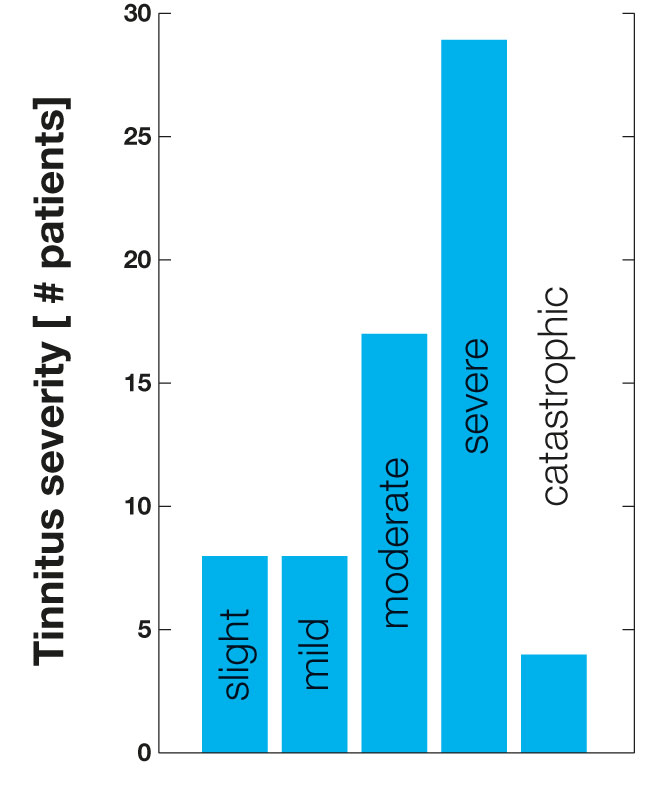 The clinical observations in this study equate to approximately 2/3rds of the way through the full treatment programme.

Studies in Germany and in-clinic experience at The Tinnitus Clinic in the UK have revealed further and sustainable improvements in tinnitus annoyance and loudness after 26 weeks. 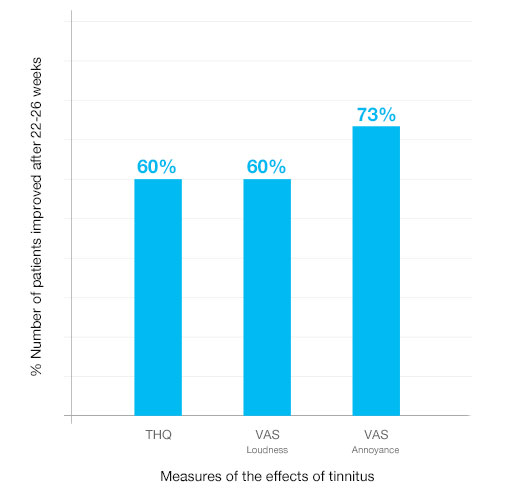 1 + 2. The degree of discomfort caused by tinnitus was evaluated using an internationally recognised (Visual Analogue Scale - VAS) method of determining the loudness of a patient's tinnitus and the level of annoyance that it causes.
3. Another measure of the effect of tinnitus is the Tinnitus Handicap Questionnaire (THQ) which serves to assess the social, emotional and behavioral consequences of experiencing tinnitus and how this state may change over time.


Back to Tinnitus News