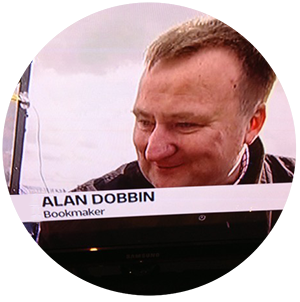 "I eventually stopped going to work as I couldn’t stand being near the tannoys, every time they would come on I would shudder."

Horse race bookmaker, Alan Dobbin, who regularly attends events like the Cheltenham festival and Royal Ascot was forced to abandon his much loved job after being struck by debilitating tinnitus. It all began when he first noticed a buzzing and hissing sound following a bad cold in September 2014.

“My ears felt full and I thought it would clear up. I had just come home about six or seven days after a holiday and I was lying on the couch watching television when I sensed what felt like an explosion in my ears.

I immediately contacted my local GP where I attended an appointment and explained my symptoms. The GP looked in a text book and said ‘its tinnitus’. This was the first time I had ever come across the term and I immediately began to feel anxious. I was waiting for the GP to explain to me what I can do but he said nothing.

For the next two nights I took walks during the night and I would sit next to the river to get a bit of relief. I went back to the doctors four days later and he gave me some antibiotics, I took them for five days as prescribed and they had no effect.

"The tinnitus continued to get noisier and I didn’t know what to do."

I went back to the doctor for a third time and I told them I could not put up with it and the GP told me to come back if I started to get depressed.

I started going to bed every other night and out of desperation I tried buying tinnitus gadgets off the internet. I spent fortunes just buying everything I could find to try and get help because I was just so suicidal — it was getting that bad.

I eventually stopped going to work as I couldn’t stand being near the tannoys, every time they would come on I would shudder. I stopped caring about everybody else or even about life and I was scared of people. I’ve got a beautiful wife and a three-year-old granddaughter and they are everything to me but I just couldn’t be near them. I couldn’t think about anything else apart from the tinnitus, it was all I thought about.

I started to do some research, looking for the best places to go for tinnitus treatments and I came across The Tinnitus Clinic.”

"I booked an initial assessment at the Manchester clinic and saw Mike Wells who knew everything about the condition whereas everybody else didn’t know much about it."

Alan was given a formal diagnosis of severe tinnitus and hyperacusis – a condition causing an increased sensitivity to everyday sounds and was recommended the Tinnitus Desensitisation Therapy.

“Mike told me to use the devices for two hours a day for a couple of weeks and to gradually build the hours up. At the beginning of using the devices it was pretty hard to put up with but after a week of wearing them for two to four hours I found lots of comfort in them and the devices actually reduced the tinnitus.

Mike says: “The first time I met Mr. Dobbin I could visibly see the stress he was under before we even began discussing his condition. The tinnitus had reached a point where he was unable to sleep and this combined with the constant noise in his ears was really getting him down and undermining his quality of life. Undertaking the Tinnitus Desensitisation Therapy was a big commitment for Mr. Dobbin but with his full dedication and the guidance of the clinic we have been able to achieve a good clinical outcome. The therapy has brought a sustained improvement in wellbeing for this patient by reducing tinnitus awareness and facilitating sleep to the point where Mr. Dobbin can begin to enjoy life again.”

Alan had been away from work for approximately eight months and discussed going back to work with Mike. However Alan still found loud sounds uncomfortable. To filter out the noises at the race meetings Mike had a set of custom made noise filter earplugs produced.

"I have been back at work for six months now and I’ve not looked back since."

“Before treatment I had stopped watching the television for almost six months and I had stopped reading the paper because I just couldn’t concentrate, as soon as I would use the devices, they helped to bring my concentration back. I started speaking to my wife more and I was again able to have fun with my little granddaughter and I gradually got my confidence back — the longer I had the devices in, the better I felt. Though they didn’t completely take the tinnitus away, they definitely reduced the tinnitus and the treatment has given my life back.”

Had I known anything about tinnitus in the beginning I wouldn’t have gone to the doctors, I would have gone straight to The Tinnitus Clinic. I would tell people struggling with tinnitus to hurry things along and get help because you go to the doctors and they don’t know much about it. Then there is a delay and during that delay you find yourself in a depressive state. I would say get help because the cost is irrelevant— my life is far better now than what it was before.“

If your symptoms are similar to Alan Dobbin's, contact us to book your Initial Assessment. 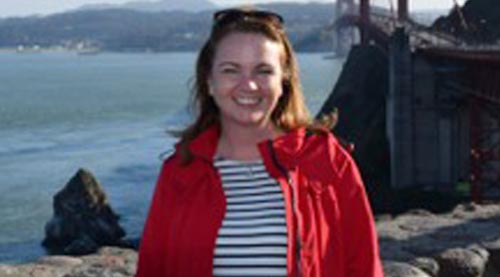