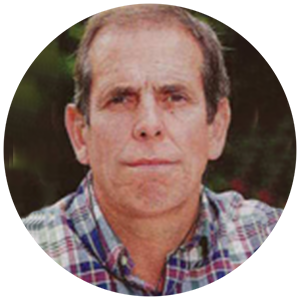 "Two years ago, whilst I was watching television, my left ear burst into a high pitched ringing sound – and the noise didn’t go away."

Barry Parker from Beckenham, Kent tells his story of how he broke free from his life shattering tinnitus.

“Two years ago, whilst I was watching television, my left ear burst into a high pitched ringing sound – and the noise didn’t go away.

Looking back, I think my problem developed over a long period of time. I’m a roofing contractor, so I’ve been exposed to ‘building site’ noise for many years; like from angle grinders, which give out a piercing ringing sound. About eight years ago, I was aware that everything sounded loud to me. If someone was talking behind me, I found it really irritating. I couldn’t go into noisy pubs and restaurants, or places where they were playing loud music. Apparently, I’d lost the high-toned pitch of my hearing. Then, in October 2011, the noise started.

"At the time, I felt suicidal. I couldn’t sleep and it really took a grip on me; I was in a complete state."

I went to the local hospital and they said that I had wax in my ears. I was told to put an oil into my ears, which I did for 2-3 weeks. I went back to see them and they said that the wax had gone, but the ringing was still there. I was referred on but I couldn’t wait for the appointment, so I ended up seeing a private doctor. He tested my hearing with a tuning fork and I had to listen for sounds behind me; they were really raw. He explained that I had tinnitus; that it wouldn’t kill me and I’d have to learn to live with it. I thought it was the end of the world.

"I was looking for a miracle cure. I’d read about peoples’ experiences on the web and how one chap would come home from work, put in his device and it would make things ten times better. I wanted to give it a go."

Barry’s initial assessment revealed that he was suitable for the new evidence-based treatment, Acoustic CR® Neuromodulation, which provides a recovery pathway for tonal tinnitus. The treatment uses a small match-box sized device and earphones to deliver four intermittent tones, which are produced to a personalised acoustic prescription. The treatment helps the brain ‘unlearn’ the tinnitus sound. It has been proven to significantly reduce symptoms in 7 out of 10 patients - both during and after use - by normalizing interactions between different brain areas. Barry started treatment in November 2011 and follow up appointments showed a significant improvement in his symptoms within 3-4 months of therapy.

“After a few weeks’ treatment, I could hardly hear my tinnitus at all. Then, it got a bit worse a few weeks on, like it was playing tricks on me. I’d think ‘Yeah, it’s gone’ and then it would put me on the floor again. The Clinic explained that I would relapse every now and again - but now the ringing has gone and it’s just a whooshing sound. I would say it’s 80% better.

Throughout the treatment, I noticed that things were a lot better when I was relaxed. To start with, I’d wear the device for a couple of hours in the morning and then for a couple in the evening, but I found I needed it more in the evening, when everything was quiet; I would wear it whilst I was watching television. During the day, I didn’t notice my tinnitus so much, with traffic and work noise going on.

"I’ve noticed that things are a lot better when I’m relaxed. I went away on holiday recently and when I woke up in our room, with the air conditioning on and the doors closed, I couldn’t hear any tinnitus at all. The room was completely silent and there was no sign of it."

Now, when I wear ear defenders at work, my tinnitus does seem a little bit worse, compared to when I’m not wearing them, at weekends. But, I have to wear them for my job. I guess it creates a bit of a vacuum or something.

The Clinic was fantastic. It has been a fabulous treatment and I’m over the moon. It’s the best money I’ve ever spent – I would have spent a hundred grand to get rid of it! I actually stopped wearing the device about seven months ago. I feel like I don’t need it any more. I think it’s done the trick.

At work, I tell people all the time to put in some earplugs or wear ear defenders, but they don’t take any notice at all. They invent all of these things for the building trade but the noise level is ridiculous. I’d certainly recommend the treatment and have done so to a carpenter I know, and a painter and decorator who used to play in an amateur band. So many people seem to have it; I heard about a lady who got it following whiplash and she’s had tinnitus for years and years.

"I’m glad the Clinic was there, otherwise I don’t know where I would have been. I’d definitely recommend the treatment – at the moment it’s the only way forwards. It works and it really helps."

If your symptoms are similar to Barry Parker's, contact us to book your Initial Assessment.