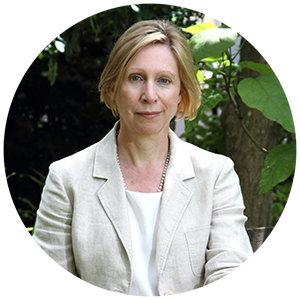 "It was an uncomfortable noise… not being able to get rid of it, particularly when you are trying to go to sleep or are tired and when you’re stressed, sometimes became too much."

Biochemistry Professor, Jane Mellor, had experienced intermittent tinnitus for years. It would appear and then go away again. It wasn’t until she got off a flight from Switzerland that she noticed that the tinnitus had become a constant, persistent and obtrusive ringing in her ears.

“It was an uncomfortable noise… not being able to get rid of it, particularly when you are trying to go to sleep or are tired and when you’re stressed, sometimes became too much”

Jane sought treatment from her GP and an ENT specialist, but they were unable to help her achieve sustained relief from the tinnitus symptoms. She began to look around for other options, and discovered the new Acoustic CR® Neuromodulation treatment offered by The Tinnitus Clinic.

“I chose this particular route because it had a scientific basis… I came across a ‘Nature’ paper where there was some preliminary animal experiments which suggested that tinnitus could actually be modulated or treated… then I found the papers from the group in Germany that have developed the technique and I thought ‘give it a go’”.

For more about Jane’s experience of tinnitus and Acoustic CR® Neuromodulation, watch the video above.

Patients undergoing Acoustic CR® Neuromodulation treatment need to wear the Neurostimulator device for four to six hours a day. Jane wears her device in the mornings, as this is the less busy part of her day. She emphasises that people considering the treatment need to be quite compliant and willing to wear the device as recommended in order to give the treatment the best chance of being effective. The advantage of the treatment is that patients find sustained relief even when they are not using the Neurostimulator.

Over the first few months of her treatment, she noticed that she was able to sleep better and that there was a reduction in intensity of her tinnitus tone.

“As I went every four weeks or two weeks or whatever, I began to realise that the tinnitus was actually changing and that the treatment was working. My sleep is definitely much better ... and I noticed that this changed the most and changed the fastest… and I got back the ability to sit quietly and read.”

Jane remembers that, when she first came in for an assessment at The Tinnitus Clinic, her audiologist made it clear that if she didn’t have the right sort of tinnitus that she wouldn’t be prescribed Acoustic CR® Neuromodulation treatment.


"So what I would say to other people is, you should go and at least talk to The Tinnitus Clinic and if it isn’t right for you then you know it’s not going to work. But if you are the right sort of person, then give it a go."

If your symptoms are similar to Jane Mellor's, contact us to book your Initial Assessment.