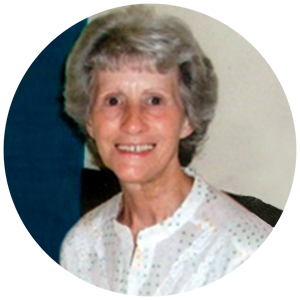 "When I went to the hospital, after all the tests, they more or less said that there is nothing they could do and I was so upset."

Olive Brady links her tinnitus to a trip to Italy in May 2011. After taking a shower, she noticed that she couldn't get the water out of her right ear. She developed an ear infection and then tinnitus in both ears – the tinnitus has remained ever since.

The tinnitus had a huge impact on Olive's quality of life, especially her ability to sleep. She lost weight and avoided noisy places such as cafes. A close friend started commenting about how poorly she looked.

Looking for a solution to the ringing in her ears, Olive sought the advice of a specialist and had numerous hearing tests. She'd had some degree of hearing loss in her right ear since she retired from working on the shop floor at Nestlé, 10 years before, but her left ear had been fine until the tinnitus started. The doctors recommended relaxation sound generators, but they just seemed to aggravate the tinnitus.

"When I went to the hospital, after all the tests, they more or less said that there is nothing they could do and I was so upset. I said you wouldn't leave someone with a continuous headache, you would do something."

Midway through 2012, Olive contacted the Tinnitus Clinic to find out more about the Acoustic CR® Neuromodulation treatment. She was assessed as suitable for the treatment and has been seeing Tim Husband at our Manchester Clinic.

During treatment, patients wear the NTR neurostimulator which is a device that targets their particular tinnitus tone through a set of medical headphones. While Olive says that potential patients do need to be committed and ensure they wear the device every day, she feels that it hasn't interfered with her life at all. She wears the device for four to six hours a day, when she's walking, on the bus or in the car, and has even worn it when visiting friends.


"Now it's a bit lower. I can go and talk to my friends and it's not there. That's how much my life has improved."

After about four weeks of treatment, she began to notice the difference in the high-pitched tonal tinnitus in her left ear. After three months of treatment, while she still has bad days, the pitch of her tinnitus has become lower and more bearable.

"In the left ear it does seem to be coming down... It sometimes feels a bit stringy now like it's trying to fade out a bit… You get up one day and think this is an improvement and you are so happy about it."

The reduction in her tinnitus symptoms has led to improvements in other areas of Olive's life as well. She's regaining the lost weight and she's able to sleep without sleeping tablets. If she wakes in the night she can go back to sleep again rather than lying awake listening to the ringing in her ears. She also finds it easier to be in noisy environments.

"It had got to the point where everywhere I went – whether I was in town or a busy place – [the tinnitus] was still there above everything. Now it's a bit lower. I can go and talk to my friends and it's not there. That's how much my life has improved."

Olive's already talked to a friend who has just been diagnosed with tinnitus and recommended the Acoustic CR® Neuromodulation treatment. She aims to reduce her Neurostimulator use to three hours a day by January 2013, while still maintaining the lower level of tinnitus.

"I would recommend it to anyone. I'd just say give it a go and give it your all and be committed to it."

If your symptoms are similar to Olive Brady's, contact us to book your Initial Assessment.