The hearing system is fascinating – taking something which cannot be seen – sound – and turning that into an electrical impulse within our heads, which we learn to recognise as a car, a whistle or a child crying for example.

Sound is created by a wave of air pressure which is processed by an animals hearing system. In humans this air pressure change causes the ear drum to move. The movement of this membrane in turn causes three small bones, housed within a chamber behind the drum, to move at the same frequency. The hearing organ (cochlea) then acts like a microphone to change this vibratory signal into an electrical impulse which then travels to the hearing part of the brain for interpretation as sound. All animals have evolved a similar solution for detecting changes in air pressure, whether they are mammalian, avian, reptilian etc. So our pets, cats and dogs ‘hear’ in much the same way as we do.

Cats have a hearing system which is very similar in structure to humans, and cats are used in experiments relating to auditory research for that very reason. There is one important difference, in that cats have more cells within their hearing organs and can, therefore, hear much higher frequencies than humans for the majority of their life.

So do cats go deaf? Yes, in fact it appears that all mammals actually do. While we cannot ask the question of an animal unable to speak to us, tests have been carried out to measure the hearing responses of sound in a variety of animal species. Older mammals do indeed seem to lose some of their ability to hear, particularly in the higher frequencies, in the same way that humans do. 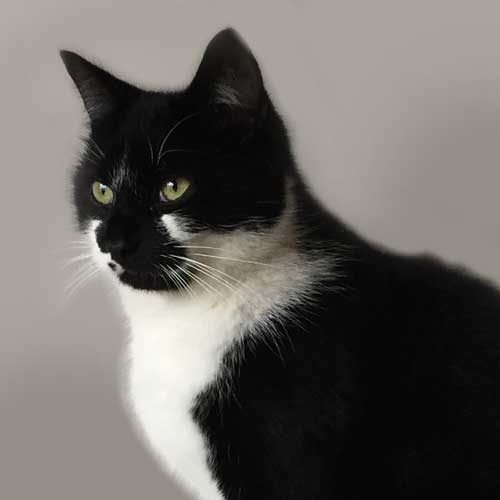 It follows, therefore, that cats will also experience tinnitus. However, it is unknown whether animals actually experience any negative emotional reaction to tinnitus as a signal. Experiments that have been designed to actually induce tinnitus in mice, cats and guinee pigs have never reported that animal behaviour changes to be suggestive of distress.

So it is possible that humans may experience tinnitus somewhat differently and that the negative emotional state that the condition induces is ultimately what causes quality of life to depreciate.


Back to Director's Blog