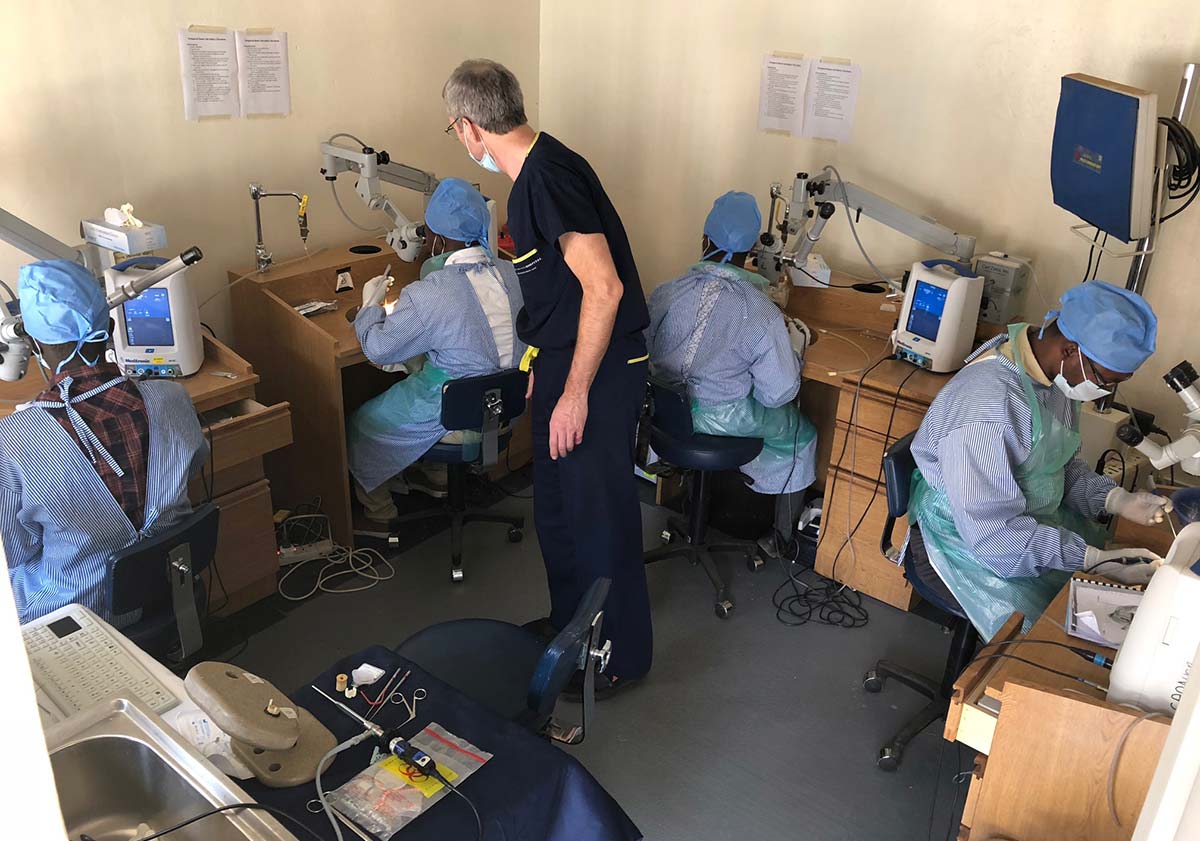 I recently visited Uganda as part of my ongoing work in global health education related to otology. When I arrived in the capital, Kampala, I met up with some Canadian colleagues and we continued on a further five-hour journey west to Mbarara where we were to help run the third temporal bone dissection course at Mbarara University of Science & Technology.

Having worked in Uganda in the past, in the main government hospital in Kampala, I was somewhat cautious about my trip this time round. I had become rather disillusioned with the area, feeling that the trainees and staff were not particularly receptive to the training being offered. While we worked very hard to help them, their attendance was poor and time keeping was non-existent.

Luckily, my Canadian colleagues assured me that the set-up in Mbarara was very different and the staff were very enthusiastic and willing to learn.

Doreen Nakku is the local staff member running the course and was one of the most dynamic, motivated, and hardworking individuals I have ever met. In a few short years, Doreen has helped establish a great ENT training programme and a fully functional temporal bone dissection lab. That is no mean feat in a country where the limited resources need to be skillfully bargained for.

Education is at the heart of establishing safe otology services in Uganda and across Africa. For ear surgery, temporal bone dissection is the gold standard method because it allows trainees to learn the complex anatomy of the middle ear and mastoid, establishing correct drilling techniques to remove disease while avoiding complications by damaging important structures, such as the bones of hearing and facial nerve.

In the UK, I also perform ear surgery using an endoscope – a relatively new technique that is growing in popularity. I have also previously created and validated a low-fidelity ear-training simulator for use in low-resource settings such as Uganda. On this device trainees can practice certain procedures as if they were working down an ear canal – such as the removal of foreign bodies or the insertion of ventilation tubes.

During the course we set up a project combining these two to see if the trainees could learn to use the endoscope with this simulator. They clearly loved the challenge, learning to operate off a screen rather than down an operating microscope. It soon became a challenge amongst the team to give each other more and more awkward foreign bodies to remove – including a few unsuspecting termites!

Over the two weeks I was in Uganda, we ran three consecutive courses, rotating between lab work and lectures. Such has the reputation of this training programme grown, that delegates came from across East Africa – not just Uganda, but Tanzania, the Congo, Somalia, Ethiopia and Kenya.

The trainees were very receptive to all that was being taught and were always ready at the lab before we arrived. While many of the group were shy to start with, the air rapidly filled with not just the sound of the drills and back-up generator (frequent power cuts trying to hamper our progress!) but also laughter and joking.

Suffice to say, this trip was a huge success and I am happy to have played a part in passing on my ENT knowledge to the team in Uganda.

Thank you to The Tinnitus Clinic for continuing to help support this important work. 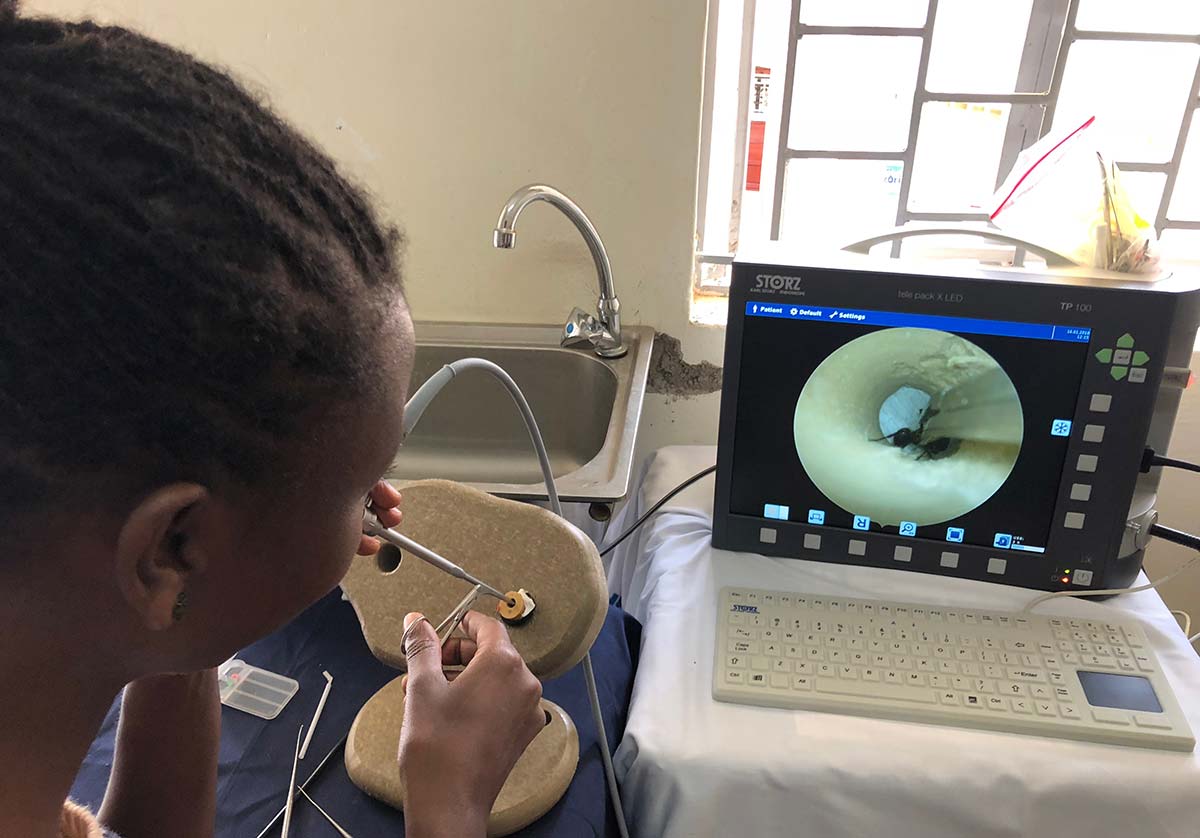