November offers a time for Remembrance.

It’s important we take time to reflect, and remember those who have died in the line of duty as well as those who continue to serve.

This is something we feel very strongly about at the Tinnitus Clinic where we treat many Service members who, due to the nature of the profession, have suffered some form of hearing problem.

I was not surprised to read a report from the Royal British Legion which found that one in four service members returning from conflicts complains of hearing loss and/or tinnitus.

Neither, sadly, did it surprise me to learn that 43 per cent said their hearing loss and/or tinnitus had a “significant effect” on their quality of life. 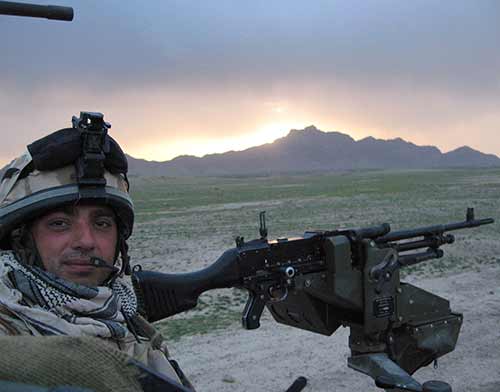 Hearing damage can occur because of a physical head injury or it could be an external noise – a bomb blast or using heavy machinery without ear protection for example.

But tinnitus among Service personnel and veterans is poorly understood, and it is likely many are unaware of the support available.

This is why we’ve been working hard to raise awareness of the support on offer from the Royal British Legion and the Veteran Hearing Fund (VHF).

A former Royal Marine Commando, Harris Tatakis, came to us recently for treatment through the VHF, becoming the first veteran in the UK to benefit from the new Levo® Therapy – a treatment we offer exclusively in the UK.

Harris was on tour in Afghanistan when his Land Rover drove over an Improvised Explosive Device (IED). The blast shattered his left leg, shin and ankle, broke his right foot, ruptured both his eardrums, and caused brain damage.

But he describes his tinnitus as “the injury that’s affected me most”. He said: “Because tinnitus is an unseen injury, it doesn’t get the attention it warrants. There is not enough understanding of how life-limiting tinnitus can be.”

Levo works through an iPod to deliver a personalised sound that stimulates the hearing part of the brain while a patient is sleeping. It aims to teach the brain to ignore the hissing or buzzing and reduce its loudness and annoyance.

Happily, Harris says the treatment has reduced the intensity of his tinnitus a lot, allowing him to function a lot better.

As he points out: “People get told all the time there’s no cure and while that may well be true, there are treatments out there that can help make it much more manageable and easier to live with.”

The treatment Harris received was funded by the VHF, after he successfully applied for a Royal British Legion grant.

I hope Harris’ story reaches people, and shows that there IS support out there. The VHF enables the provision of vital equipment, treatment and courses, and there is assistance with the application process, too.

To find out more about the support and funding available from the VHF visit www.britishlegion.org.uk/get-support/finances/grants/veterans-medical-funds or call the Royal British Legion on 0808 802 8080.


BACK TO DIRECTOR’S BLOG