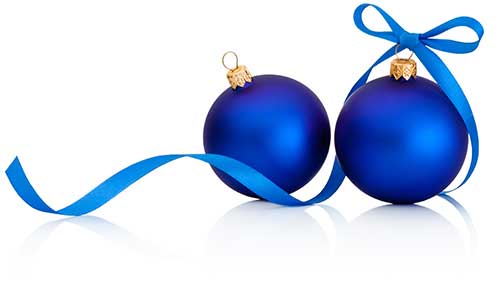 It’s ‘the most wonderful time of year’…

A time of gift giving, eating lots, and celebrating with family and friends.

But underneath the festive cheer can be a lot of underlying stress for many people.

Spare time vanishes and is instead replaced with the pressure of planning ‘the perfect Christmas’.

I was shocked when I saw a recent large population-based study by the University of California which revealed that among the 18 million subjects who reported tinnitus symptoms within a 12-month period, more than a quarter (26.1 per cent) also had problems with anxiety in the same period. A similar number (25.6 per cent) reported problems with depression in the preceding 12 months.

The data also showed that those reporting tinnitus symptoms as a big, or a vey big problem, were four to six times more likely to have symptoms of anxiety or depression in the prior 12 months.

Within the festive period, extra stress and anxiety can be placed on us all in lots of different ways.

While I know from hearing from patients every day that living with tinnitus can be an unbearable condition at any time of the year, it can worsen in the run-up to and during Christmas – thanks to the added demands of finding the perfect gifts for loved ones, planning parties and food shopping for the big day.

Although the research doesn’t show the direct relationships between tinnitus and psychiatric illnesses, this large, diverse sampling adds to the growing body of works that strongly relates intolerable tinnitus symptoms with anxiety and depression.

The study also highlighted that those suffering with tinnitus symptoms had fewer mean hours of sleep per night, and so, had more days off work.

Here at The Tinnitus Clinic, we find that sleep disturbance and annoyance is among the most frequently reported problems facing individuals with chronic tinnitus, which is a problem we are passionate about helping.

The festive season is an unforgettable time of year. But we want to ensure that this is for all the right reasons – not for unrealistic expectations, financial stress or fatigue which could ultimately worsen stress, anxiety or sleep problems.

So, this year, my Christmas wish is for sufferers to start their New Year’s resolutions early by doing something to help. I urge them to seek support and treatment as tinnitus is not something you ‘just have to live with’ – especially with Christmas just around the corner.

For more information regarding depression and anxiety visit the NHS website www.nhs.uk/Conditions/stress-anxiety-depression/Pages/low-mood-stress-anxiety.aspx